Network development for the conservation of the pre-alpine landrace goose

The term «pre-alpine landrace goose» is not a breed name but refers to the ecotype of local geese widespread found in the past from Alsace to Eastern Austria. The distribution area mainly comprised the headwaters of the Rhine and the Danube and their tributaries. The local ecotype of landrace geese originates from the wild greylag that was domesticated early. Until after the Second World War these undemanding geese could be found on many farms. They were kept because of their tasty meat and their downs, partly also as guardians of the farmsteads. Then they fell victim to the intensification of agriculture. Today, they regain importance as a special niche product and a cultural heritage. 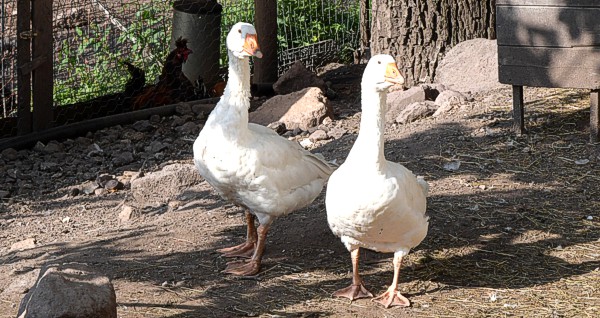 Only the Alsatian Goose is internationally acknowledged as an individual breed by poultry breeding associations. The Bavarian and Austrian landrace geese, however, are not considered to be individual breeds as they do not differ much from the Alsatian Goose, whose breed status was acknowledged earlier. The remaining stock of the Bavarian landrace goose is taken care of by a GEH-working group. The association Arche Austria supports breeding of the Austrian landrace goose. In both Switzerland and South Tyrol, Pro Patrimonio Montano (PatriMont) and Arche Austria take care of the reestablishment of breeding structures and cross-national coordination.