Conservation of Ciuta Sheep - smallest sheep in the Alps !

The Ciuta sheep (pronounced tshiuta) still existed in a small northern Italian side valley of Valtellina, the Val Masino, and on the upper lake Como (alto lario) where it lived freely in woods and pastures for most of the year. The habitat is harsh and consists of meagre and steep pastures at altitudes between 800 - 2700 m above sea level. In winter, the animals are kept for 2-3 months in barns and fed with hay and dry leaves.

Female Ciuta weigh only 30-35 kg and have a withers height of only 40-45 cm, they are the smallest breed of sheep of the Alpine region. The wool is of low quality and low productivity. The very low in-put and the use in extremely extensive farming needs to be taken into consideration when looking at their economic potential. 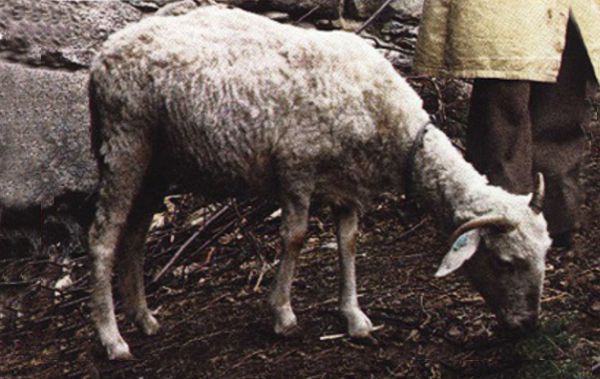 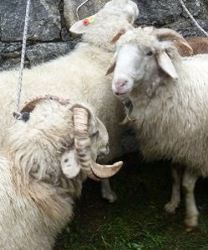 Striking about the Ciuta are the goat-like horns of the females, this occurs only in original breeds of sheep. Together with the Tavetsch sheep in the Grisons Oberland and the sheep of Montafon in Vorarlberg, the Ciuta could be a direct descendant of the extinct Peat sheep (ovis aries palustris). It is interesting that all three breeds are referred to as "Tshiut" in the respective local language.

The Ciuta is characterised by its high mobility and has preserved the features that allow it to defend itself better against predators, such as the muscles of the ears, which it carries horizontally and which allow it to detect danger in time. It is a breed suitable mainly for meat production, although writings from the end of the 19th century mention it as an animal with whose milk (always in Val Masino) a cheese was made from three species cow-goat-sheep..